TWENTY-ONE German Shorthaired Pointers; a ONE-bedroom apartment—the owner selling puppies in a supermarket parking lot, to pet stores—wherever he could get the money. And unfortunately, he had plenty of customers.

We had been contacted about this situation in Feb. 2012 by the real estate management company for the apartment building, and had been monitoring the progress of various organizations to seize the dogs. However, because they had shelter, food (from a dumpster) and water, technically the situation wasn’t considered urgent by animal agency standards and no one was able to do anything.

Finally, we received a call on Sept.29 and had to spring into action immediately. This was in the middle of a rescue event weekend, and volunteers, fosters homes and transportation had to be arranged quickly and come from all over. At that point, we did not even know how many dogs we would be getting and how much it would cost. We were told there were 8 dogs left and we wound up with nine.

Volunteers scrambled to get enough crates and the board lined up foster homes. Literally everyone involved had to drop what they were doing to make this happen. Two volunteers in two large vehicles made the 2-hour trip to Yonkers get the dogs. In the meantime, other volunteers were on their way to the meeting house in order to pick up their own foster or transport the dogs to other foster homes.

Upon arrival in NY, it was clear that the dogs barely saw the light of day. They were not socialized, had never been in a car or on a leash. (The man walked them on city streets and controlled them with his cane.) The dogs had never been in crates and were never even physically separated from each other except for very short times. It was a rough ride home for humans and dogs: barking, crying, whining and car sickness. Once at the volunteer’s home, the dogs, scared and some sick, now had to be cleaned up and transferred to other volunteers’ cars for the next leg of the journey to their foster homes.

Eight-weeks-old, Willow and Zoey; 5-month-old Wilma  (now Pippa); 7-month-old Tucker; 10-month-old Birch; 18-month-old Molly; and 2-year-olds Sara (now Greta), Sassy (now Harlow) and Smokey (now Duke) quickly found forever homes because we had approved adopters waiting. Check them out now! As you will see they are happy, healthy and by all reports– very much LOVED!

Here is how they turned out. All updates were written by the adopters. 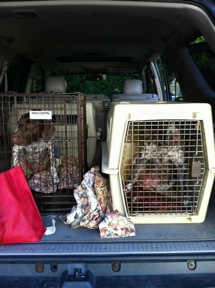 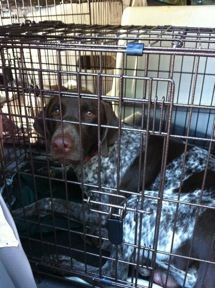 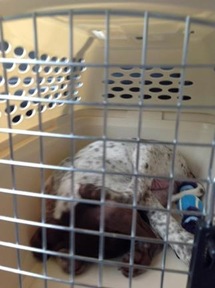 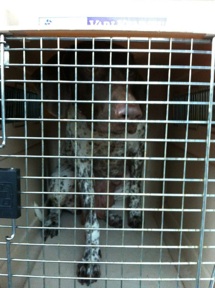